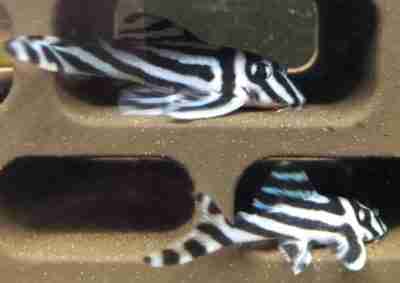 In 2011 the construction of the dam on the Rio Xingu has brought more turmoil and ill effects on biodiversity to our hobby than anything in recent history. The Belo Monte Dam project on the Xingu River in the state of Pará, Brazil has forever affected many animal species within the region.

Of the 600 plus species of fish, the river holds several plecostomus species that are directly affected.

Hypancistrus zebra and Scobinancistrus aureatus are two of the most popular of the pleco species involved. The Imperial Zebra which lives in the Big Bend (Volta Grande) area is now on the endangered list and is protected under C.I.T.E.S (the Convention on International Trade in Endangered Species of Wild Fauna and Flora) as an appendix ll. This ranking makes it illegal for export out of Brazil. A beautiful fish named after it’s beautiful black and white contrast striping is now regularly bred in the aquarium.

These fish do best in very clean, low pH water with a high flow rate provided by a powerhead or other means. They generally have low numbers of eggs, 7-12 eggs are most common. Breeding this species is not overly hard but will take time and lots of tank maintenance. Water changes are best slightly cooler and soft to stimulate the rainy season. Other methods have also been used with success. 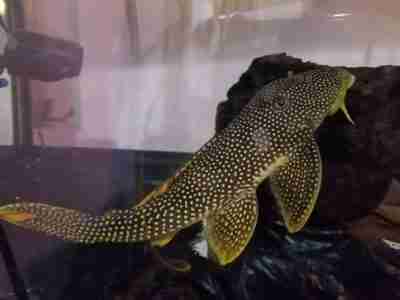 Scobinancistrus aureatus (L14 Sunshine Pleco) is one of the other threatened species which was banned for a short time. This fish is also protected by CITES but is currently allowed for exportation from Brazil. The regulations do change often so these rankings may have changed from the date of writing. This species has been bred in the aquarium but it still retains many secrets and is not regularly bred.

Protected species are routinely smuggled out of Brazil and into neighboring countries such as Peru and Columbia where regulations seem to be lacking. The ornamental fish trade is the number one reason these are collected to be smuggled and sold illegally to the aquarium trade.

The aquarium breeding hobby, however, has a great effect on preserving these species, at least in the aquarium. The tank bred pleco hobby is met with heavy criticism and that is to be expected. A few breeders will not support enough demand for certain species. If several breeders were working together it would definitely put a big dent in the number of these rare wild plecos that are in demand.

The other main issue I have discovered, mostly from people native to these South American countries, is the major decline in economic funding to their area. If local fishermen can no longer make money from selling rare fish they may resort to other opportunities. Rainforest deforestation and gold mining have also caused great harm to the greater Amazon Rainforest. More legal employment options need to be available. This simple fact should not discourage breeders from preserving species but should encourage sustainable collection programs in their ranges.

Wild caught fish are very necessary to obtain some harder to breed species and those with sustainable populations are perfectly fine to import. There are several species that have yet to be bred and thankfully several people are working with these fish.

Fish keepers must realize if they want these species to be around in the future, in-home breeding must occur. We can not rely on the governments of foreign countries to determine the outcome of a species if we have the ability to help.  Often these countries have economic troubles they have to address instead of conservation issues.

Look into breeding plecostomus at home and help spread them more widely throughout the hobby.  You would be doing both the hobby and the environment a favor by breeding them.  Who wouldn’t want more plecostomus? 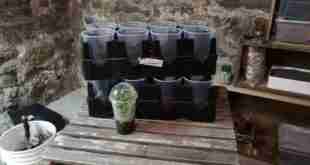