Benefits of Catappa Leaves in the Aquarium 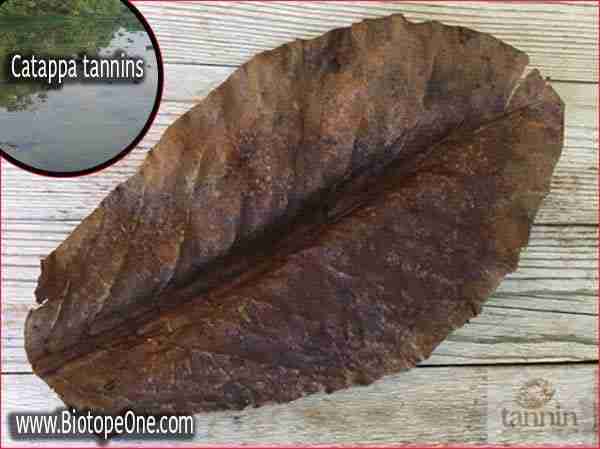 If you know me, I sound like a “broken record” (wow, that’s a really outdated expression, huh?), blabbing on and on daily about the virtues of Catappa leaves, wood, and aquatic botanicals.

I really get excited about leaves! Specifically, Catappa leaves!

Catappa leaves have been used by fish geeks for a number of years, especially Betta enthusiasts in Southeast Asia, and there has been a lot written on them. Regardless, a lot of the stuff written about the virtues of using leaves is often couched in some nebulous sales gobbledygook by people like me who make a living selling them. 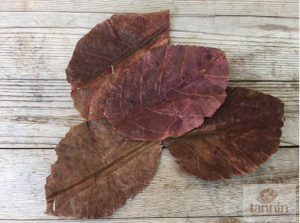 Catappa leaves (aka “Indian Almond leaves”) come from the Terminalia catappa tree. These trees are found throughout the tropical world, in Asia, Africa, and Australia. They can reach a height of over 100 feet tall, so we’re not talking about a wimpy little bush here!

The big benefits of the Catappa tree to us fish geeks, of course, are the bark and particularly, the leaves, which contain a host of interesting chemicals. The leaves contain several flavonoids, like kaempferol and quercetin, a number of tannins, like punicalin and punicalagin, and a suite of saponins and phytosterols. Extracts of T. catappa have shown some effectiveness against some bacteria, specifically, Plasmodium, and some parasites as well.

When Indian almond leaves are subjected to degradation in water, humic substances are formed, which, in turn, lower the pH of the water. The tannins are what color the water the beautiful brownish color that we geek out about so much around here!

There is also anecdotal evidence and theories that the tannins in Catappa leaves are able to reduce the toxicity of heavy metals in aquarium water, essentially binding them up or chelating them- a most interesting benefit for the urban fish keeper, I might add. As a curious side note, blackwater streams and rivers are acidic, resulting in an aluminum concentration greater than that of “white waters”, which have a more neutral pH.

“Okay, Scott. That sounds very scholarly, but what exactly are those things and what can they do for my fishes?” 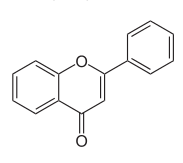 First off, I admit freely that I’m no scientist. I’m a hobbyist with a slightly higher interest in aquarium science than the typical human, and yeah, I had my share of biology and chemistry in college. That being said, I’ll share with you what I know in concise, hopefully intelligible language!

Well, lets start with the flavonoids. Flavonoids have been shown to have direct and synergistic antibacterial activity (with antibiotics) and the ability to suppress bacterial virulence factors in a number of research studies. They may also act as chemical “messengers”, physiological regulators, and “cell cycle inhibitors”, which bodes well for their use as a prophylactic. Kaempferol, a noted flavonoid,  is thought to have anti-inflammatory and antioxidant properties. Hmm…could that be why Betta fanciers used them for so many years after fighting their fishes?

Saponins can be used to enhance penetration of macromolecules, like proteins, into cell membranes. Some are used in vaccines to help stimulate immune responses, so you can see some potential benefits here as well. 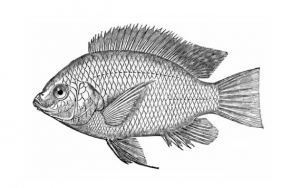 Phytosterols are interesting for their alleged capacity to reduce cholesterol in humans, but the benefits are probably non-existent for fishes, especially as it pertains to Catappa leaves in the aquarium! I mention them merely because fishy authors touting the benefits of Catappa leaves love to throw them out there.

Punicalagins act as antioxidants and are the major component responsible for the antioxidant health benefits of fruits, such as pomegranates (You know, the “wonderful,” yet really messy fruit that I always hated as a kid…). They are water soluble and have high bioavailability, so it makes sense that they are of benefit to fishes!

A cool study in Thailand with Tilapia concluded  that Catappa extract was useful at eradicating the nasty exoparasite, Trichodina, and the growth of a couple of strains of Aeromonas hydrophila was also inhibited by dosing Catappa leaf extract at a concentration of 0.5 mg/ml and up. In addition, this solution was shown to reduce the fungal infection in Tilapia eggs.

Only problem with the findings from the study is- and I’ll be the first to admit this- most of us don’t have the equipment/capability to easily determine mg/l of Catappa leaf extract is dissolved in water, so we may have to rely on the completely anecdotally-derived “recommended” number of leaves per gallon as determined by long-time users of the leaves. Meaning, we estimate based on our gut and the results we’re getting… 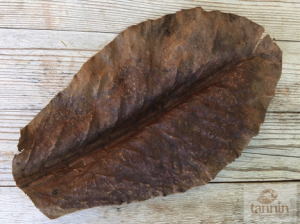 So the “generally accepted” dose for these leaves is subjective, at best. That’s typically like 1-2 large leaves (we’re talking like 5″ plus) for every 15 gallons (approximately)…there is no real “rule of thumb”, other than recommendations derived from users over the years- and of course, like so many things in this hobby, if you ask 10 aquarists you’ll probably receive 10 different answers.

Nonetheless, the leaves do have some science-backed therapeutic capabilities, as touched on briefly above, and their usefulness in helping hobbyists to safely replicate the conditions of blackwater environments in their aquarium is widely known in the hobby. These streams and rivers are fascinating subjects for recreating in our aquaria!

A blackwater stream or river flows through forested swamps, wetlands, and flooded fields. As the vegetation optioned in these features decays, the tannins bound up in these materials are released into the water, making it transparent, acidic, and darkly stained, looking like coffee or tea!

If you’re trying to mimic conditions of  blackwater streams and rivers, Catappa leaves can certainly help, as we’ve repeatedly discussed on these pages. The breakdown of these leaves in closed aquarium systems mirrors what happens in nature, and offers many possible benefits for fishes that come from waters that are soft and acidic.

Blackwater rivers and streams have different chemical composition from “whitewater” environments, which has lead to the formation of flora and fauna that differs significantly from what are found in other types of waters. One study showed that blackwater rivers have large numbers of organisms like rotifers, but fewer crustaceans and mites. You won’t find a snails to any great extent in blackwater systems, because it is difficult for them to build their shells in these calcium-poor environments.

Sodium, magnesium, potassium and calcium are found in much lower concentrations in blackwater systems than in other types of water, and with minimal amounts of dissolved ions, the water has much lower conductivity than you’d see in a “whitewater” system. Blackwater rivers like the Rio Negro are incredibly high in fish biodiversity, and it’s estimated that they are home to over 700 known species, with around 100 being endemic to this river environment!

The potential health benefits for fishes residing in carefully-controlled “blackwater” conditions are numerous, ranging from greater disease resistance to increased spawning activity, and, as documented in several studies, higher-yielding hatches with less incidence of fungal outbreaks in egg clutches.

So, all pretty cool stuff! 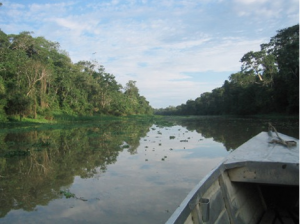 I hope this little meander about some of the real benefits of Catappa leaves and the blackwater environments they can help simulate will encourage you to do a little personal experimentation with them.

With quality Catappa leaves readily available, and the documented benefits they offer, there’s never been a better time to enjoy “the tint!”