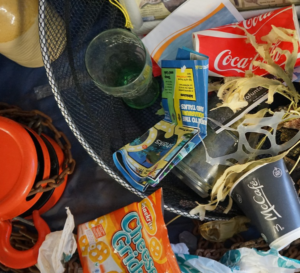 The presence of microplastics in gut contents of coastal freshwater fish of the Rio de la Plata estuary was studied. Samples were taken at six different sites where 87 fish belonging to 11 species and four feeding habits were captured and examined.

Highlights
• The occurrence of MPs in fish gut contents was 100%.
• Fibers represented 96% of MPs found in the total fish analyzed.
• There was no relationship between the number ofmicroplastics and fish length, weight or feeding habit.
• The average number of MPs per individual was higher in a site close to sewage discharge.

This work represents the first study of the interaction between MPs and aquatic organisms in this important estuarine ecosystem of South America.