Biotope1 May 17, 2015 Uncategorized Comments Off on Nepenthes and SEANSRF Need Help ASAP 2,344 Views 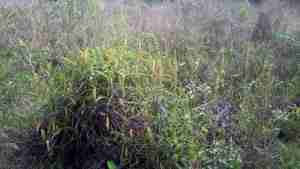 As many of you already know, the S.E. Asian Nepenthes Study & Research Foundation (SEANSRF) have spent the better part of the last decade promoting the conservation of Thailand’s endangered Nepenthes species. We have made some great progress, including having saved the last known genetically pure colony of N. mirabilis var globosa from imminent destruction in December 2012 (with only one week to spare!), exposing literally thousands of Thailand’s students to both Nepenthes and their conservation, motivating the country’s scientific institutions to become involved in Nepenthes research and conservation…but today we find we are up against a situation which requires far more than we can come up with on our own! And the time-frame is extremely short!

I will assure that any donations to SEANSRF which are earmarked for the “N. suratensis survival project” are 100% applied to trying to save this species in the little time that’s left.  PLEASE DONATE HERE NOW!

The World’s last remaining colony of N. suratensis is about to be destroyed to make way for a new, gigantic prison complex! There is NO stopping this from happening! Huge sums of money have been invested in planning and permitting and today I was informed that construction will begin in June, 2015! We have 2-3 weeks to rescue as much of the genetic diversity as possible before it is lost forever!

I’ll have to ask that you just believe me when I say that right up to this very minute we have been doing our utmost to turn this situation around (I’ll add some notes about yesterday’s developments in a follow-up post to clarify that point). Right now I can tell you that I spent this afternoon at the site, in a tremendous downpour, making hundreds of cuttings as fast as I could. Today I have also received commitments from two local Universities to host cutting-based gene banking programs and have recruited a team of Uni researchers to work with us to save all we can in the next few remaining weeks.

The Director of the Department of Corrections has donated 50 rai of land (about 20 acres) nearby for the transplanting of the rootmasses after we take as many cuttings as possible. He has also offered us a ‘captive’ workforce of incarcerated prisoners to assist! 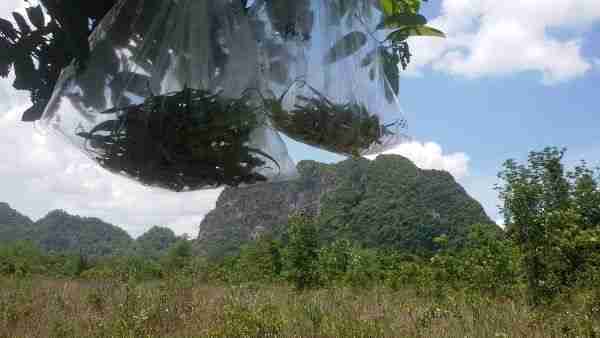 Now, what we are sorely in need of is financial assistance to make this happen…and we only have one chance! “Talking” about saving species is easy – actually “doing” it is a bit more difficult …and costs money! Here’s an opportunity for everyone to show just how much they really care. I will assure that any donations to SEANSRF which are earmarked for the “N. suratensis survival project” are 100% applied to trying to save this species in the little time that’s left.

I’m going to throw caution to the wind here – it won’t matter anymore by the end of June if someone with evil, self-centered profit motives learns of the colony location! But showing you the situation just might inspire some of you to contribute and that could mean the difference in saving this species from extinction. Below is a diagram of the site of this last remaining colony and I have overlaid the construction plans for the new prison. As you can see, most of the plants will be either ‘under’ the prison or destroyed in the construction process either by land clearing, material stockpiles or workers’ quarters.

Just so you understand, this isn’t something we have just now jumped into, here is the conceptual model for the conservation of N. suratensis based on the Miradi conservation program prior to this event arising (Read from right to left; outcomes in green, direct treats in red, indirect threats in orange, solutions/approaches in yellow). We were well ‘on the way’ with the local school Nep-Ed program kicking in on June 2-4 with a teacher training program at the local University, the Nat’l Science and Technology Development Agency helping set up a community tissue culture lab, approximately 1,000 seed-grown plants in the SEANSRF gene bank, numerous Universities enrolled in assisting us, the Department of Agriculture, the Royal Family, CITES, IUCN and many others kept ‘in-the-loop’ on what we are attempting. But now it has come down to “DO or LET DIE” for this species! So I’m appealing to you, the people who care the most about these plants.

After spending the afternoon on Saturday at the site making as many cuttings as I could in a downpour, I returned to the prison office and met with the officials to discuss the situation. I presented them with an A3 size copy of the first of the above photos and asked them to speak with the engineering company to request that they start work on the areas without N. suratensis first so as to allow us as much time as possible to try to preserve as much of the genetic diversity as possible.

They have agreed to do so. They also showed me the areas they feel will be cleared of all vegetation and it appears the Southern (bottom colony 3 in photos) and central colony 2 portions will be totally wiped out! However, they have set aside 50 rai (about 20 acres) as a conservation area in honor of the Queen and this includes a good portion of the original first-found colony. They have been busy planting endangered tree species in many parts of the area, but I think I got the message through that the Nepswill require full to bright sunlight in order to thrive.

I also managed to get off letters to four of the highest ranking Scientists in the country last night, all of whom I have communicated and/or worked with in the past & present. Hopefully they will contact others to provide the necessary assistance, guidance and will-power to save this species from disappearing forever. I’ve also been in touch with the Chairman and the Scientific Focal Point of the IUCN Species Survival Commission’s Carnivorous Plant Specialist Group to inform them of what is going on. 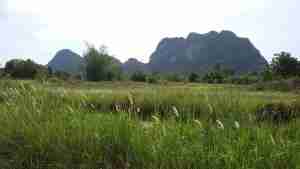 My experience taking cuttings yesterday gave me hope, as it was not too difficult to locate and make cuttings of the plants in the Southernmost section, but today saw me wading through chest-high grass in the mid-day heat trying to re-locate the central plant colony! As anyone who has visited the site can tell you, it is HOT! I didn’t have a thermometer with me but I sweated so much that my entire body was/is cramping so badly I had to pull off the road on the way to the ferry to return home so I could buy packets and bottles of electrolytes! Not to mention getting ‘tree’ed’ by an enormous boar for a few minutes! Haa, haa, haa! Seems he thought I was threatening his harem!

Although it was far more difficult to locate the plants in the central zone than yesterday, in the end I managed to fill a couple large bags of both male and female cuttings. I’m hoping Trongtham will be able to join us as he GPS’ed loads of the plants with me a few years back and still has all the data points in his GPS, which would make it far easier! Next weekend the entire University research team and I will return to continue, but at least for now we have taken the first steps to preserve a bit of the genetic diversity.