Infusoria for Egg Laying and Other Fish Fry Food 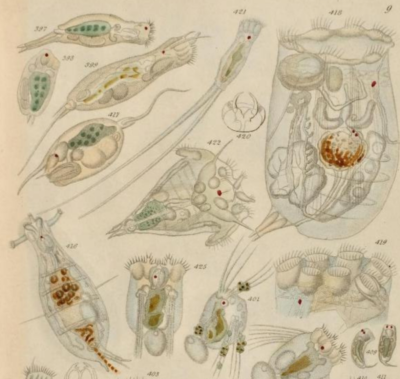 Infusoria can be used to feed egg laying fish fry. This tiny freshwater equivalent of plankton can be used for all sorts of fish fry. The good thing is you can time it so that by the time they’ve used their egg sac up they can be eating the flourishing tiny little infusoria. Even an impromptu batch of eggs can be fed with these tiny little organisms.

Fish eggs will most likely get eaten quickly. It’s best to remove them and put them in a tank of their own. If they’ve already hatched you’re still in luck. Move them into a tank of their own as soon as you can to avoid them from being eaten by the parents or tankmates.

Newly Hatched Fry Live Off of Their Egg Sac Briefly

Generally, it takes a couple of days for the fry to consume and exhaust their yolk sac. If they still have a yolk by the time you discovered them there is a good chance that infusoria can help grow these tiny fry. If there is no yolk, you may not have time to start a culture before they need food.

Many commercial foods are too large for small egg layer fry. There are some commercially available fry foods, and boiled egg yolk can work also, but often they are too big. Your best bet is with infusoria. Old school books talked about infusoria quite a bit when discussing rearing fry.  Somewhere along the way, it got pushed back into the far reaches of the hobby.

Infusoria Are in Streams and Ponds Naturally

Infusoria are small little organisms that live in freshwaters like ponds, rivers, and streams. They are also found in aquariums but it’s likely you won’t be able to see them. There’s also probably not a lot of them in there.

Infusoria is a catch-all term for algae, euglena, paramecia, and other protozoans. Rotifers and non-photosynthetic paramecia are the most nutritious for your new fry. Luckily they’re all easy to grow.  Algae and rotifer alike. 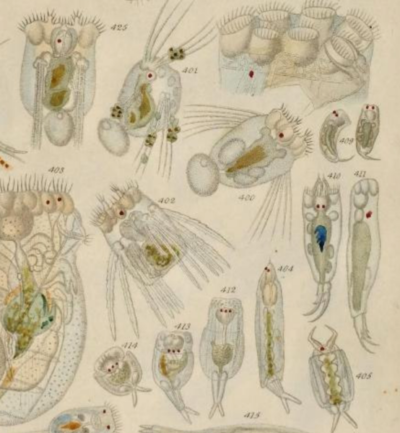 Infusoria may grow in rivers, lakes, streams, and ponds but you don’t want to get yours from there. All sorts of nasty little critters live in that water as well and you don’t want to introduce parasites and predators into your fry tank.

You can use tap water if you let it sit and age or you can use water from your aquarium when you do a water change. If you have a planted tank it is more likely to have more microorganisms in it which is beneficial. Some like to squeeze out a sponge filter into the water when starting a new infusoria culture. Other like to vacuum snail feces up as they are high in plant matter.

In addition to aged water or aquarium water, you are going to need some organic matter to feed the culture of infusoria. Some of those old books say to use hay or old grass by first boiling it, and others suggest using an old leaf of lettuce in the water. Brewer’s yeast tablets and cucumber or zucchini skin can also work. Rabbit food pellets which are usually made out of Timothy hay can also work by placing one pellet per container.

Start by using a gallon jar or slightly larger and filling it with your aquarium water or aged tap water. Placing a single piece of your vegetable or a rabbit food pellet will get it started for your infusoria. Don’t add too much or it will become overwhelmed and go rancid. Bacterial growth starts on this organic matter and starts feeding infusoria present in your starter culture. Keep your temperature about 82 degrees F and stable. Your pH should be about 7 which is slightly alkaline. Put your culture under artificial light or in an area without direct sunlight. If you leave it in direct sunlight you will have mostly or only algae. There’s nothing wrong with having algae as part of your culture but non-photosynthetic infusoria is more nutritious, for example, the rotifers we were talking about.

When your culture begins it will become slightly cloudy as bacteria blooms from the organic matter. During this time infusoria will start to propagate and multiply. Many of them look like a miniscule grain of rice, or perhaps a footprint. Rotifers have tiny hairs called cilia and these are, along with paramecia, the most nutritious infusoria.

You Can Keep an Infusoria Culture Ongoing

Use an Eyedropper or Turkey Baster to Feed Fry

When it’s time to feed your fish fry do not pour a large amount of water into your tank. Use a large eye dropper, a turkey baster, or a large pipette. Suck up some of the infusoria water and put it into your tank five or six times a day. After about four days of feeding your fry, they should be large enough to start taking commercial fry food. The smallest fry should be able to start taking finely mashed boiled egg yolk or baby brine shrimp.

Infusoria is not only a great fish raising tool it’s also convenient. Since it is readily available and grows quickly it is very convenient. It doesn’t cost anything to culture. Of all the live foods I don’t know why infusoria is not more common. The next time you are surprised with new eggs from your egg layers consider infusoria to raise those tiny little fry into adults.

Previous Parachromis motaguensis of the Río Dulce National Park, Guatemala
Next Combating Green Algae to Get Rid of Pea Soup