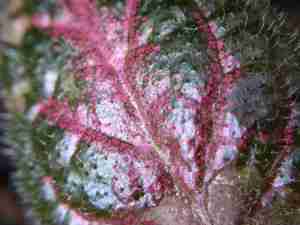 Today I split up the Episcia seeds that came from two Episcia Keewee plants from two seedpods.  They were open pollinated and I don’t know much more than that about their lineage.  Some are more green, and some are more pink veined.  They were in two deli trays that had been divided from the initial batch.

I got 16 tubs of at least 4 plants per tub.  I took the easy way out and potted them into the deli tubs with African violet potting mix from Schultz I think it was.  Overall about 60 plants or more got repotted and there is another additional 50 plants hanging around here and there.  It was way past time to move them and they were starting to suffer in those clamshell deli trays. 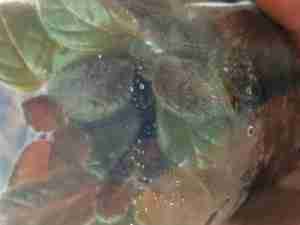 Episcia like warmth and humidity and in general are much like African violets.  I haven’t started any from leaf cuttings but I haven’t tried.  They do like to be fertilized regularly with the same kind of treatment that African violets like.  I try no tto wet their leaves and they make a great and colorful addition to the terrarium environment as well.